Dog and Bone: Mobile Technology – past, present and future 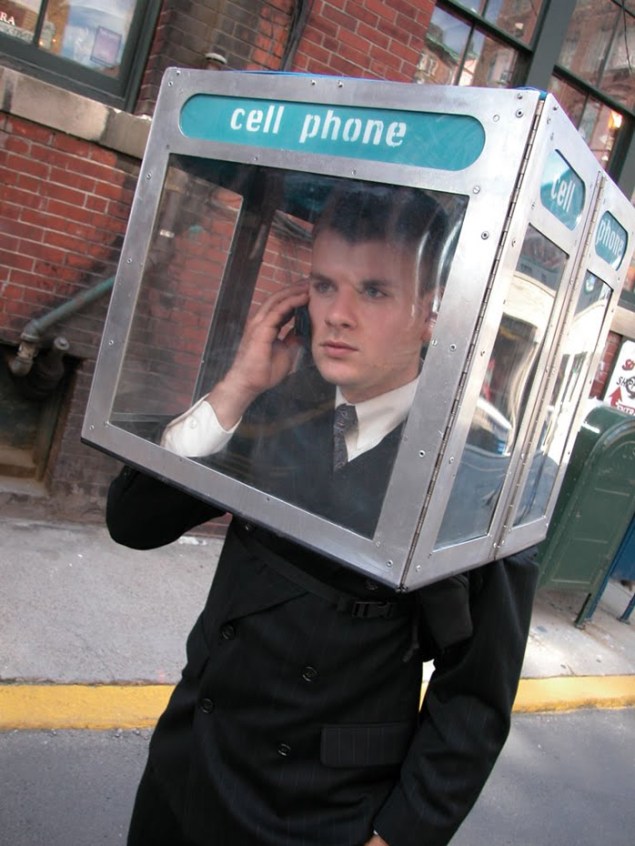 This is a simple video lesson aimed at encouraging a conversation related to the past, present and future of phones, communication and technology. There’s plenty of room for student input and discussion here. Let your students speak freely, take notes and give them corrections where natural pauses take place. It’s a fun lesson and usually gets them engaged. It has worked well for me so far in both business and teens classes.

The cover image for this lesson comes from Nick Rodriguez, an artist whose webpage can be found here http://www.nickrodrigues.com

coverage / cellular/ cities / in / available / most

Ask your students to rearrange the words above so that they make a phrase.

Cellular coverage available in most cities.

Ask them to guess what they think it means. Give them help if they need it – cellular being the US English word for a battery-powered phone, with “cell” being the common abbreviation. Explain mobile is the standard British term. “Coverage” relates to the availability of mobile networks.

Do they know what the “dog and bone” is? (Cockney rhyming slang for phone).

Next give your students some numbers – tell them they related to mobile technology. Ask them to make guess as to what they could mean. Here’s their opportunity to use language of speculation (it could refer to/ I believe it’s /It’s possibly…/I reckon / If I took a stab in the dark, I’d say it relates to…, etc).

Ask them to estimate the mobile phone coverage in their country. What percentage, would they estimate, do not have a mobile phone?

Ask your students what their life was like before they had mobile phones. Are they more or less stressed now?

Ask your students to watch the following video (or one of your choice:

“Cellular coverage available in most cities” – was one of the selling-points. How have things changed today?

Ask them to bring out their phones and list their features. Get them to make a comparison with the one shown in the advert and the one they own.

Ask the following question: how will phones change in the next 5 to 10 years?

Get your students in groups to discuss and mind-map ideas.

Then show the following video from Aatma Studios:

Have any of their suggestions been used?

Finally, get the students to compare the concept phone to their own.

Another idea for an opener

If you happen to have a very old mobile phone in your possession, bring it in and ask if anyone wants to give you €200 for it. When they scoff and say no, tell them you paid much more for it when it was new. They’re getting a good deal, etc. Discuss how technology changes so quickly and how fast they depreciate in value. And you never know – you might just make an extra €200.